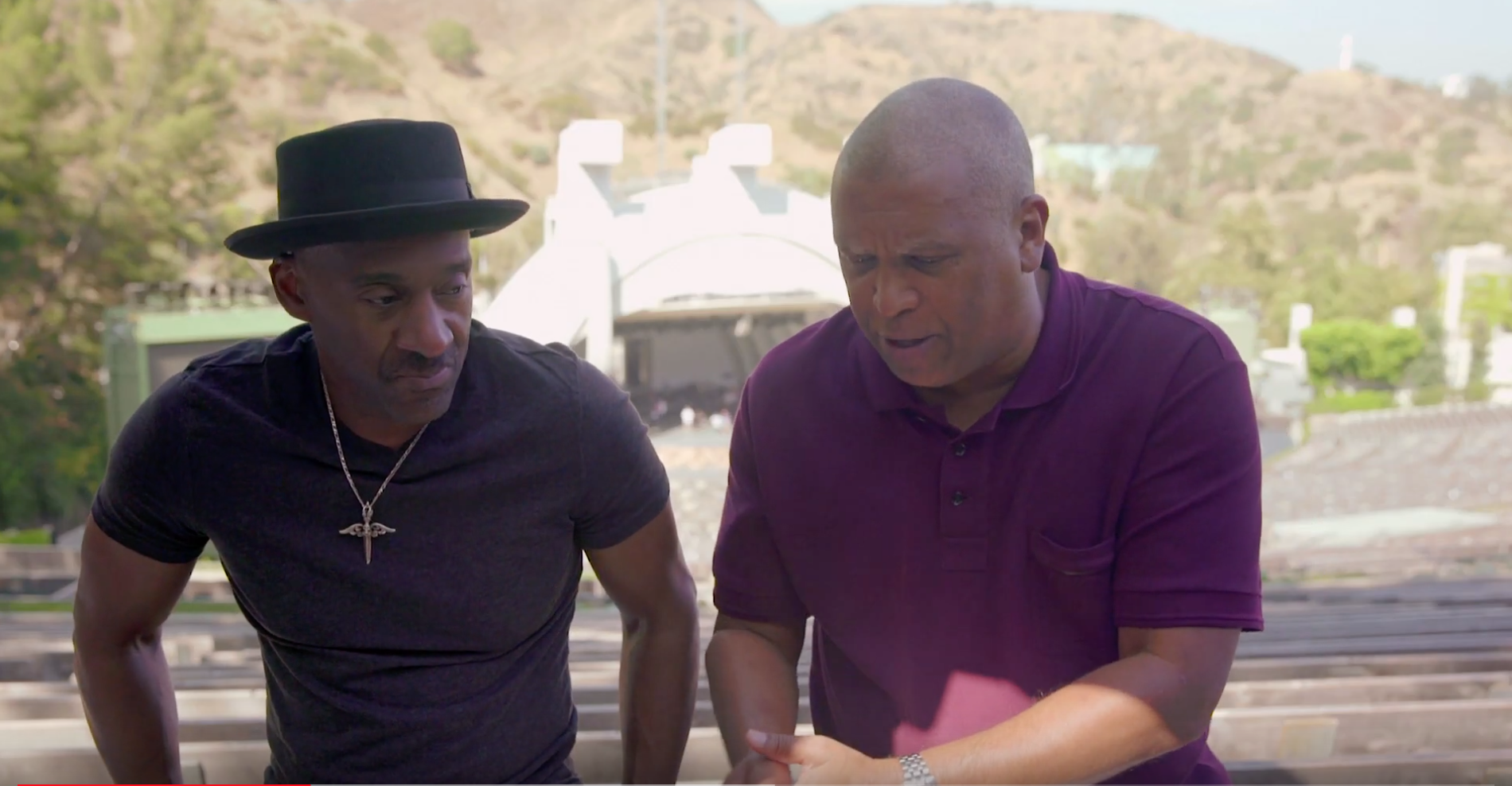 Reginald Hudlin: The hardest part is always picking the songs. When I first pitched the show, I made a list. I didn’t look [anything] up, just off the top of the dome, these are the songs that must be in the show. I stopped at 120.

RH: So then I called and asked “Hey, how many songs can fit in a show?” And they said, “about 12.” We’re working our way through the list. But then every year there are new songs, so the list gets longer.

MM: What was the first song?

RH: Well if you don’t do Shaft, then what are you doing?

MM: Thank you very much. Just making sure we were on the same page.

RH: You gotta. And if you’re doing Shaft, then you gotta do Superfly. And if you’re a tasteful person, then that means you also have to do Trouble Man by Marvin Gaye. You got to. Because that’s the triumvirate of blaxploitation genius. Sometimes we want to bring songs back, but then we want to cover new ground, and we get different singers every year, so you say “I want to hear his or her version of that song, or maybe they have a song that they really want to do.”

MM: Right, because the artists who come in all have their favorites. What’s the biggest surprise of an artist singing a song?

RH: Oh my god. We went from the Hollywood Bowl to church, and we worked into the funk wormhole. That’s good taste. That’s Charlie knowing, “This is what I do.” Fortunately, Charlie Wilson is coming back this year.

MM: For me, I knew Gladys Knight was Gladys Knight, but I just didn’t realize it was going to be that emotional to play that music with her. Music that you would hear in the background when you were young, and now she’s right there in front of you singing it. She was fantastic.

RH: There were three peak moments from Gladys Knight. In rehearsal I asked her what it was like recording with Curtis Mayfield. She told me this story that broke me down. It broke me down because she’s such a lovely woman, and her voice is still at 100%, which I don’t even understand.

RH: Right, great soundtrack. I’m watching her do three songs from that soundtrack here with the orchestra and strings behind her. And my boys tell me, “Reggie, you realize that will never happen again. This is it. That was a historical moment.” I am sitting there gaga-eyed, then I feel someone on my back at the edge of the stage. It’s Babyface. And Babyface is fanning out just like I’m fanning out. And I said, “but you’re Babyface.” And he says, “but this is Gladys Knight.” Respect.

Music in the Family

MM: I started playing with Miles in 1981. Wynton passed in 1971. So he had been gone for 10 years. [Miles] just called me and said, “Show up at the studio.” Then he invited me to his house the next day. After hanging out with Miles at his house – you can imagine how cool that was – I got in my car to drive back home to Queens. I turned on the radio and there’s Wynton playing the piano with Miles on “Some Day, My Prince Will Come.” So [it felt like Wynton] saying, “Yeah, Miles, you picked the right guy.”

RH: When Miles found out you were his nephew, what did he say?

MM: I was a bit nervous because you don’t know which way he was going to go. He could say bad things about your relatives that could mess you up for the rest of your life. But thankfully he said, “Oh man, [Wynton] had such a touch, and he could swing.” It was a musical family. My father was a classical pianist and played the pipe organ. So for me, music was just a part of your life, and I didn’t know that everybody’s family wasn’t like that. I thought everybody’s family got together on Sunday and sang for each other. My first interview I was asked about whether I had a musical family, and I said “No, not really.” My wife said, “Are you crazy?”

RH: [Laughs] Wait, because you’re not The Jackson 5? Is that what you took that to mean?

MM: I just thought everyone was musical, so you’d have to be The Jackson 5 to be a musical family.

RH: Well I’m glad your wife was there to correct you. How did you decide for bass to be your primary instrument instead of piano?

MM: I started on piano at the age of three, following my dad. Then New York City school system offered three instruments: drums, trumpet, or clarinet. My father wouldn’t let me play drums in our apartment, so I chose a soft instrument, the clarinet. Then Jackson 5 hit around 1969, 1970. I lost my mind like everyone else and wanted to play soul music. But the clarinet had no role in soul music, so I thought I want to find another instrument. My buddy got a bass for Christmas. I ended up playing his bass more than him, so his mom called my mom and said, “Please get this boy a bass because he won’t leave our house.”

MM: Reggie Hudlin is a musician. The one detail is he doesn’t have an instrument. He knows every part of every song. You can’t stump him. I can’t tell you how many times he’s called me with “this is what you need to do on your next album.”

RH: They’re all terrible ideas. But I count on people to turn them into good ideas. See, I missed my window and was born a little too soon. If I had been born a little later in the hip-hop era and could just sample…

MM: Cause hip-hop is full of Reggie Hudlins. They got great ideas. Can’t play a lick. Hip-hop liberated the Reggie Hudlins of the world.

RH: The power of ignorance. Ignorance is highly underrated.

MM: Yes. If you don’t know the rules, you’re free.